With this laconic entry, the permanent occupation of St Kilda ended.

In a report submitted by Lieutenant-Commander Pomfret, a very small amount of flesh is added to the bare bones of the end of a way of life, “At 07.00 hours all the houses were locked and the people taken on board. Shortly afterwards they were looking their last at St Kilda as the Harebell, quickly increasing speed, left the island a blur on the horizon. Contrary to expectations they had been very cheerful throughout, though obviously very tired…”.  Elsewhere you will read that the islanders left their doors unlocked with a bowl of meal on the table, bible open, and the fire banked up. If you know of the primary source for this alternative view of the evacuation please let us know.

There are no photographic records of that day. On the 28th August, the Dunara Castoe set sail at noon bound for Oban, carrying the last visitors to the island – including tourists and reporters, decks laded with many of the possessions of the islanders.  The first picture is taken while the islanders were loading their possessions on the Dunara Castle (probably the 27th). 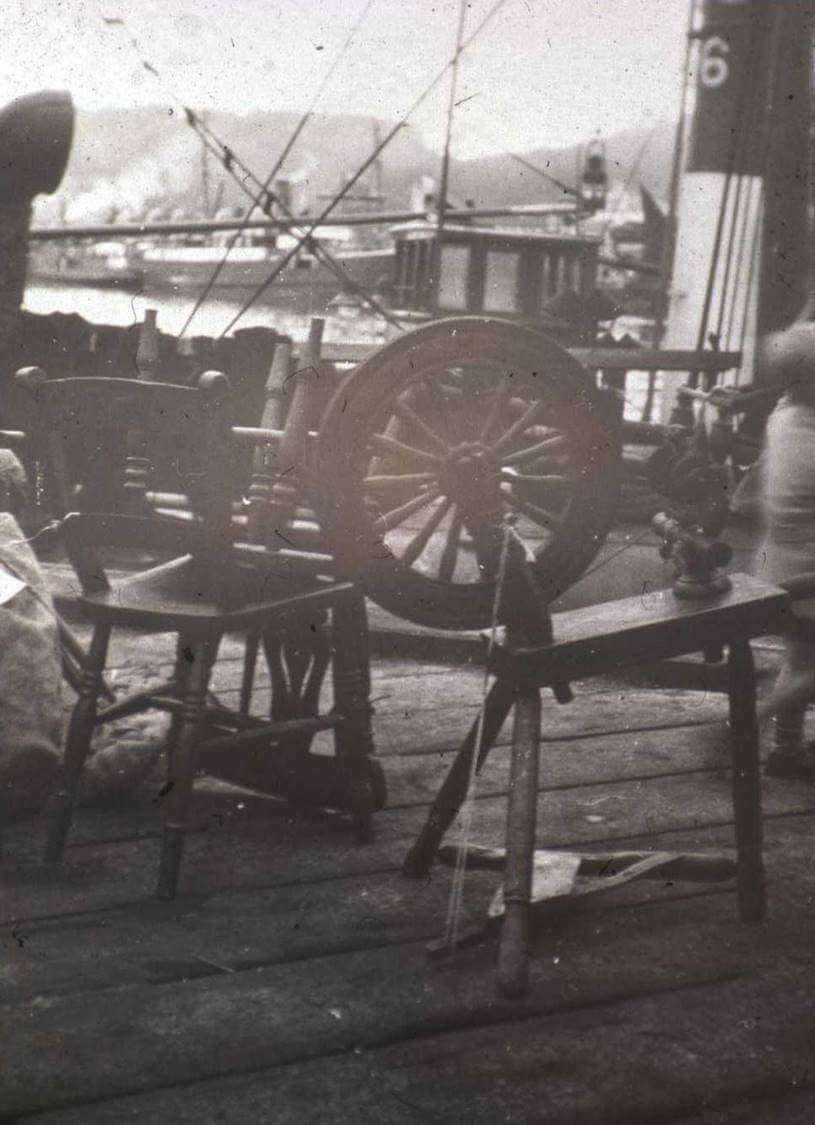 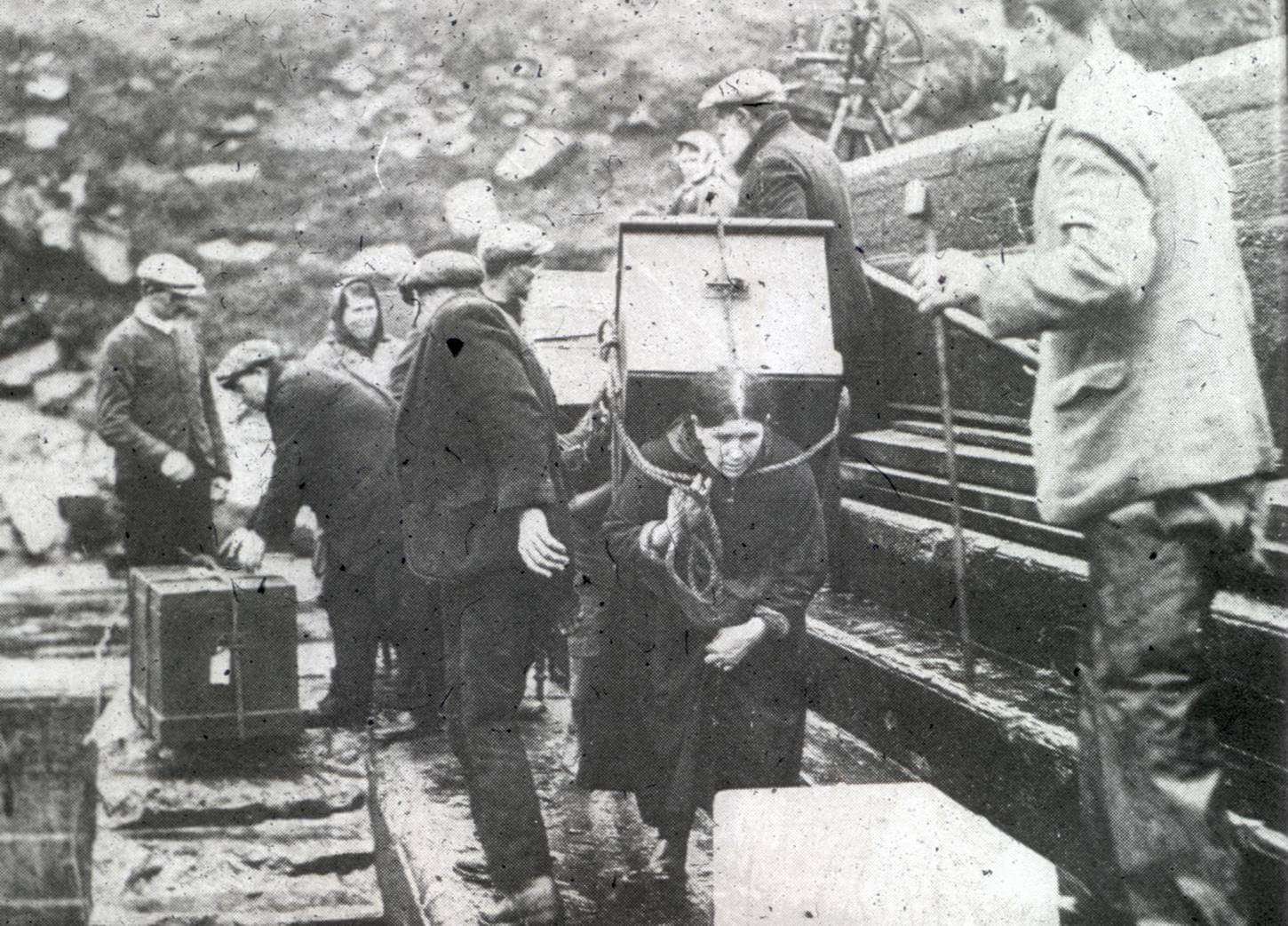 The lady carrying her cist is Katy Gillies. The gentleman desperate to help (you can see he is itching to step forward to assist) is George Henderson of the  Scottish Home and Health Department who was sent to oversee the evacuation. It is recorded that the St Kildans refused all offers of help to carry their possessions from their houses to the jetty.

At 6,37am on the 30th August, the Harebell anchored in the Sound of Mull, and 24 of the islanders transferred to the Princess Louise bound for Lochaline. Here we can catch the first glimpse of the islanders post evacuation.  In the second picture, a view of the bridge section of the Princess Louise, the young lad standing to the left of the wheel is a young Norman John Gillies, born 22/5/1925, died 29/9/2013. 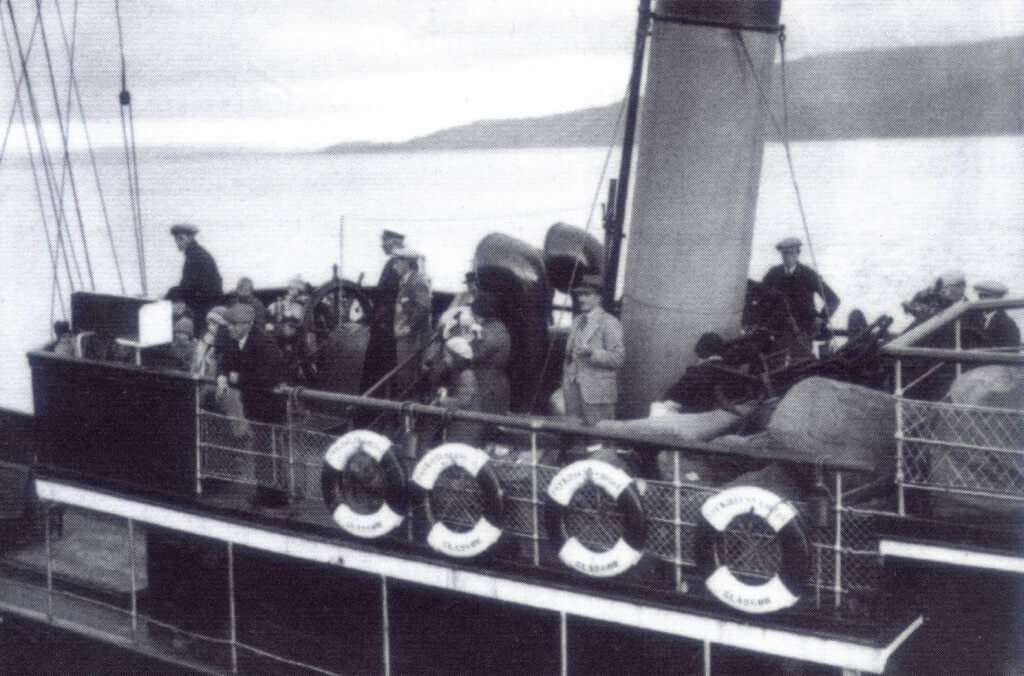 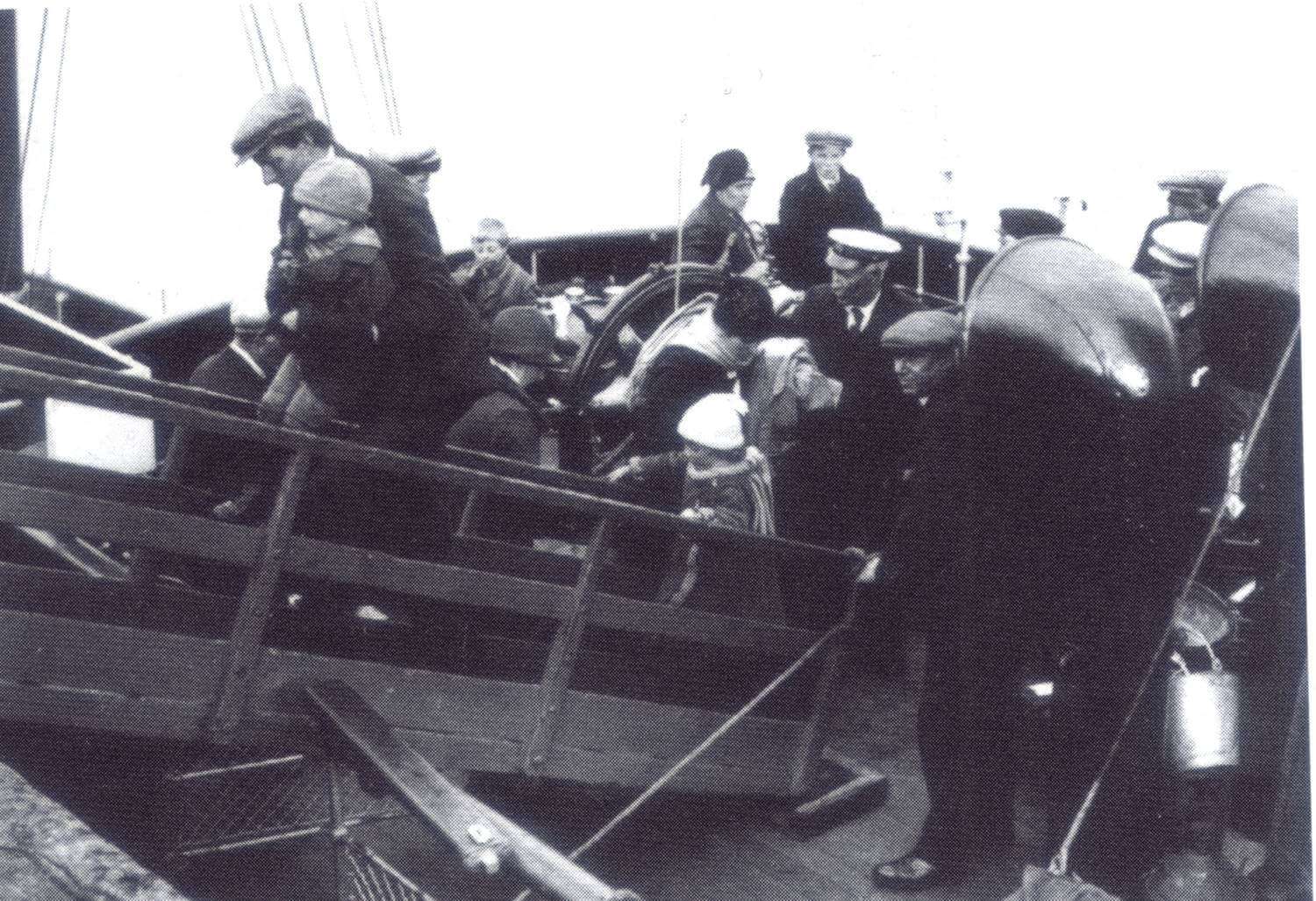